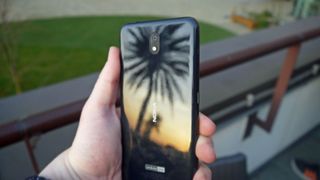 Annual smartphone conference MWC 2020 has been shedding companies for the last few days, with the likes of Sony, LG, Vivo and Royole all pulling out due to coronavirus fears. It seems the latest company is HMD Global, which owns the Nokia brand, so we might have to wait to see the Nokia 10.

HMD Global broke the news of its cancelation on February 12, just 11 days before it was set to host its MWC 2020 conference, citing "recommendations from the relevant health authorities".

It's worth pointing out that as well as canceling its conference, HMD Global also stated that it won't be exhibiting at MWC 2020 either, so it won't have a stall where you can see and test out its new phones.

We were expecting the Nokia 10 to launch at MWC 2020, along with a few budget devices, but we'll likely have to wait longer for their arrival now. HMD Global said "We still plan to showcase what we had lined up for our presence at MWC Barcelona and will share details on how we'll do that soon."

At the time of writing, we don't know if that means HMD Global will host a press conference at the same time as its MWC keynote speech was set to take place, or push it back – the latter is more plausible though, as it's likely each phone company will wait to see what the others do before hosting their MWC-replacement events.

While a number of the biggest MWC 2020 players have dropped out, some still remain, as Xiaomi and Huawei have confirmed their press conferences and exhibits will still go ahead, and the likes of Oppo, Samsung and Honor haven't dropped out yet either.

However, with several media websites confirming they're not going to attend the event, and MWC itself still waiting to make a decision on the likelihood of the event going ahead, we're really not sure what will happen come the end of February.

TechRadar will continue to bring you all the latest MWC 2020 news – and by that we mean, we'll continue to report as each new company pulls out of the event.