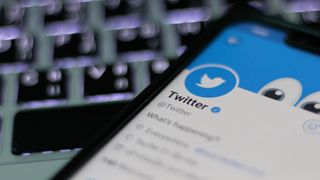 Twitter is advising Android users to hold off updating to the latest version of its app after it was found to be liable to crashing.

Many users discovered that the latest version of the Twitter app (version 8.28) crashed as soon as it is opened. With large numbers of Android users having their devices configured to automatically update apps, the crash-bug could affect a lot of people.

Twitter is working on a fix for the Android app at the moment, but there is no indication of when a working version of the app update will be released.  The company has not said anything about the cause of the problem, nor suggested an official workaround.

We’re investigating a problem with the latest version of our Android app that causes it to crash immediately once it’s opened. If you use Twitter for Android, we suggest not updating it until we let you know it's fixed. Sorry for the inconvenience!January 21, 2020

Although Twitter has not offered any advice about how to either fix the problem, or avoid the update, it is quite easy to do. In the Google Play Store, locate Twitter page, tap the three-dot menu to the upper right of the screen and uncheck the Enable auto-update option.

If you have already installed the update, Android Police has some advice for you. You can clear Twitter's Storage and Cache in the Apps section of Settings. You can then download the previous version of the Twitter app (version 8.24.1) from APK Mirror.