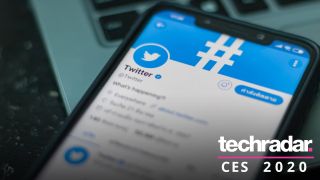 At CES 2020, Twitter has revealed that it's introducing a feature that will allow you to control who can reply to your tweets.

Mashable's Karissa Bell tweeted from an event held by the company that this new feature will finally allow users to control who replies to their tweets by granting them the ability to limit replies to specific users, for example, followers or those mentioned in the tweet.

Don't want any replies at all? Apparently that option will be also be made available.

New from Twitter: an upcoming feature will let you control who can reply to your tweet as you compose it, there will be the ability to limit replies to followers, people who are mentioned in the tweet, or no replies at allJanuary 8, 2020

Reducing the need for private accounts

According to Bell, Twitter claims this new feature is being introduced in an effort to stop tweets from being overwhelmed by swarms of replies or hijacked by trolls, and it's hoped this will reduce the number of users who feel that they need to make their account private in order to avoid such unwanted interactions.

Currently Twitter has no option that allows users to control who replies to their tweets individually. Instead, users can set their account to private, limiting those who can reply to your tweets to those who follow you, with follower requests being something you can either accept or deny.

Twitter hasn't officially announced when this feature will roll out, but it's certainly welcome news.