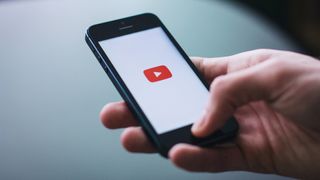 As great as YouTube is as a content platform, its comments section is, to put it mildly, far less highly regarded – for every positive or insightful comment found under any given video, you often find dozens of nasty, inappropriate or idiotic ones.

Google has long been aware of the problem, and has started investigating ways of combating the ugly comments and relentless 'hold my beer' memes that have come to plague the service's comment section.

As reported by XDA Developers, YouTube's latest test, which has reportedly only rolled out in India, takes the 'sweep it under the rug' approach to problem solving, and involves hiding the comments section by default on the platform's Android app.

Instead of showing user comments directly under several 'up next' videos, the test version opts for a new 'comments' button that can be found alongside the usual 'thumbs up', 'thumbs down', 'share' and 'download' icons.

As you can see from the image above, the new 'comments' icon reportedly replaces the traditional 'save to watch later' button in the main row, however, that functionality is still accessible via a drop down menu.

At present, there's no official word on whether Google plans to roll out the feature globally, however it did tell Gizmodo that "This is one of many small experiments we run all the time on YouTube, and we’ll consider rolling features out more broadly based on feedback on these experiments.”