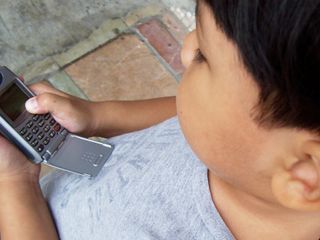 Could the US get cigarette-style health warnings for mobiles?

If legislators in Maine and San Francisco have their way, American mobile phones will soon carry warnings about radiation and even brain cancer.

The New York Times is reporting that a Democrat representative in Maine is proposing that a state law requiring cellphone makers to put warnings on packaging.

Andrea Boland is said to be 'convinced' that radiation from cellphones increases the chance of brain cancer, particularly in children.

A spokesperson for Maine's State Senate president said that the last-minute legislation was accepted as an emergency because there are nearly one million mobile phones in the state, "and if there's a need to put these warning labels on them, doing it sooner rather than later is probably better."

San Francisco is considering its own warning plans this year, with a local law that would compel phone makers to display the amount of radiation a handset emits.

In the UK, the Mobile Telecommunications and Health Research Programme (MTHR) found no evidence to link short-term (less than 10 years') mobile phone use with cancers of the brain and nervous system. However, it noted that cancers are rarely detectable until 10 to 15 years after the cancer-producing event, and few people have used mobile phones for that long.

If in doubt, zap a rat

Researchers at North Carolina's Research Triangle Park are currently conducting a five-year, $25 million (£15m) study that involves exposing nearly 1,000 rats to electromagnetic radiation at a similar intensity to that given off by mobile phones.

"I anticipate either no correlation or, if anything is seen at all, it won't be a strong signal," said the study's director. "There's no biological basis explaining why someone would expect to see adverse effects from cellphone radiation."