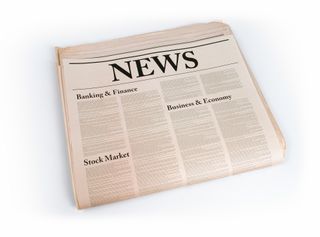 Who'll be next to take a pop at Apple? Huawei?

We're going from the cultured to the ridiculous today – and that's just in David Shrigley's new app.

Meanwhile, Google's efforts to make Google+ a thing are becoming increasingly desperate, while Amazon takes a leaf out of the Samsung marketing manual in its latest iPad-bashing advert. Sigh. Why can't we all just get along?

Ama-Zing! - Amazon's gone all Samsung on us with its latest advert that criticises the iPad for being more expensive than a cheapo Kindle and two Kindle Fires put together. If you buy an iPad, the ad implies, you're a tragic 40-something divorcee scamming on Kindle-toting yummy mummies. We polled iPad owners about what they think of this: 1% wept, while 99% said whatevs. [YouTube]

You sunk my franchise tie-in – Activision has snapped up the rights to the official Battleship videogame. That's right, it's the game of the movie of the game. META. [Gamezone]

App happy – 60 million people are now using apps to mess about on Facebook, on average using the apps around five times a month – which seems pretty low to us in these days of push notifications but hey, we're not going to argue with the 'book. [TNW]

Bossy boots – Ever desperate to make Google+ happen, El Goog now nags you to hop on over to the social network if you reach Gmail inbox zero. May we humbly suggest that you go outside and get some fresh air instead? [Google Operating System]

Konichiwa, Siri – Rumour has it that Siri's been hard at work learning Japanese, Mandarin and Russian and should be ready to showcase its new linguistic skills in March. [Do News]

ET Chrome home – There's a new version of Chrome in town and it's faster and more secure than ever before. It's got pre-rendering of pages and a handy whitelist to check your executable files against too. Tidy. [Mashable]

iPaul – Ole Sir Paul McCartney is playing a live show on iTunes/Apple TV at 3AM tomorrow morning (UK time). It's all to celebrate the release of his questionably titled new album, Kisses on the Bottom – we're surprised prudish Apple's on board with that, to be honest. [MacWorld]

Rotten Apple – Demonstrations are planned for Apple stores around the world as tech fans protest the working conditions of its manufacturers and components suppliers. Power to the people. [SlashGear]

He Disney like it – Disney chief Bob Iger has hinted that the company will hold back DVD and Blu-ray releases from services like Netflix and Lovefilm for 28 days after release. Yep, that's the way to combat piracy, make it harder for people to get their hands on your films. Genius. [LA Times]