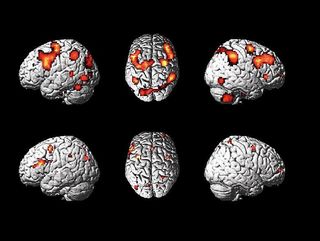 Forget fingerprints; the next big thing in biometric identification could involve measuring a person's brain activity.

Scientists in France, Greece and Spain are currently testing a new biometric system which identifies people by monitoring the unique pattern of electrical activity within their brain, according to the New Scientist .

The researchers said the system was very difficult to forge, making it suitable for applications demanding high security levels.

Developed by Starlab in Spain, Forenap in France, and the Centre for Research and Technology in Greece, the biometric system uses electroencephalography (EEG) to measure the electrical activity in the brain.

A person's brain activity is determined by a unique pattern of neutral pathway in their brain, and can be used to identify individuals, Dimitrios Tzovaras, co-ordinator at the Centre for Research and Technology, told the New Scientist . "It could be a very good security control," Tzovaras said.

For a person to be identified using EEG technology, their brain measurements must have been taken beforehand. Further measurements are then taken for each authentication test. The person has to wear a removable cap that wirelessly communicates with a computer analysing the data gathered. The results are then compared with the user's pre-recorded measurements.

The researchers believe the system could be used as part of a building or computer security system, and plan to test it as the security control system at a German laboratory this year.