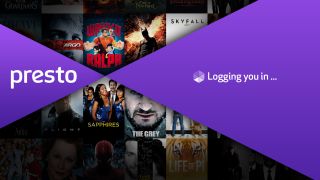 Presto is now available on smartphones

After only being available on tablets since launch, Presto has announced that its Presto Movies and Presto Entertainment streaming services is accessible as of today on selected smartphones.

Presto subscribers can now use their smartphones to stream content to their televisions using Google’s Chromecast device.

I stream, you stream, we all stream...

With the recently launched Stan streaming service bringing some heavy competition to the Australian streaming media landscape, and the imminent arrival of streaming juggernaut Netflix Australia, Presto is clearly working hard to bring its services up to the standards of its competitors.

Initially just a movie streaming service available for iPad, Presto has since added support for smartphones and Android devices, and has also launched its television content service Presto Entertainment, showing that the service will do what it takes to keep its customers and provide the kind of streaming service users expect.

Still, with Presto still only streaming in standard definition, it still has a long way to go if it wishes to compete with Stan, which streams most of its content in full 1080p, and Netflix, which will likely reach 4K resolution for selected content in Australia.