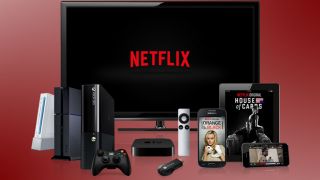 After months of speculation, Netflix Australia has officially announced its pricing structure in time for its much anticipated launch tomorrow.

Netflix customers will also have the option of purchasing Netflix gift cards of $20, $30 and $50 from a number of participating retailers, including Woolworths, Coles, Big W, EB Games, 7-Eleven, Australia Post and Officeworks.

Netflix's standard definition option isn't likely to sway those who strive for audio-visual quality, but it is a brilliant marketing strategy, allowing the company to come out boasting a pricing model that's a full dollar cheaper than its homegrown competitors Stan and Quickflix.

While Netflix's four-stream 4K ultra-high definition package is its most expensive option, it's still remarkably good value, especially when you consider that Presto only offers two simultaneous streams of standard definition TV shows and movies for the same price.

You can watch Netflix on the following devices as of tomorrow.