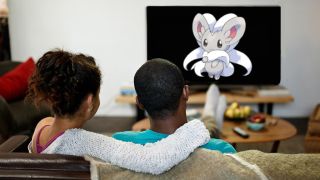 Not sure if you've heard, but there's this new iOS and Android game out called Pokemon GO that seems to be gaining a bit of traction.

If you are aware, and want nothing more from life than to submit entirely to Nintendo's adorable little critters, you're in luck – Netflix is currently streaming a whole bunch of Pokemon content at the moment!

On the TV show front, Pokemon Indigo League tells of how a 10-year-old Ash Ketchum ended up with the adorable (and strong-willed) Pikachu, while Pokemon: XY follows the adventures and dreams that draw Ash and Pikachu to Kalos, where they make new friends, encounter Pokemon and uncover intriguing mysteries.