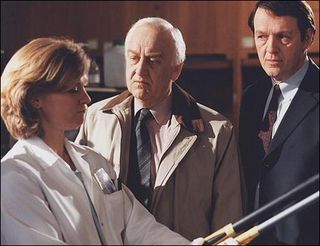 ITV has brought a slew of classic British TV programmes to iTunes including both Brideshead Revisited and Inspector Morse.

Over 260 hours of archive will initially be available via Apple's iTunes UK store, with other timeless shows including Morse spin-off Lewis, Cold Feet, Brideshead, Goodnight Mr Tom, and Gerry Anderson's Captain Scarlet, The Prisoner, The Saint and the adaptations of Jane Austen's Northanger Abbey and Emma.

The shows will cost £1.89 per episode and fans will be able to download complete series.

"ITV has thousands of hours of classic content in the archive which we are bringing to a whole new audience via iTunes," Dawn Airey, managing director of ITV global told the Media Guardian this week.

"Our strategy is to deliver 360-degree value for our content on multiple platforms, and in multiple territories, and our partnership with Apple is a demonstration that we are delivering on that strategy."

The deal was brokered by Granada Ventures.