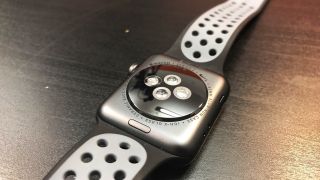 If you've got an Apple Watch 2 sat on a bedside table collecting dust because of a dodgy battery problem, then you might be in luck. Apple has announced that it'll be replacing some device's battery packs free of charge – even if they're outside warranty.

If your Apple Watch 2 appears to have a swollen battery – which can also crack the display or prevent it from turning on – you may be in line for a free replacement.

The 42mm-sized Apple Watch Series 2 smartwatches are those eligible for a fix up, including the Sport, Edition, Hermès, and Nike+ versions. And though first-gen models have suffered similar problems, Apple has previously offered that generation a repair too if within three years of its original purchase date.

How to get it

“Apple has determined that under certain conditions, some Apple Watch Series 2 devices may not power on or they may experience an expanded battery,” reads an internal document sent to Apple Stores and resellers, and published by MacRumors.

In order to claim your free service, you'll need to get your wearable seen by a specialist first, so get in touch with your local reseller or Apple Store Genius Bar team.