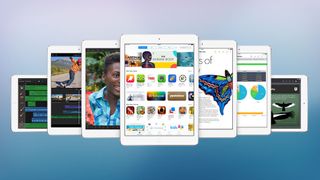 Will iPad multitasking revamp make it to final iOS 8 release?

Prior to the unveiling at WWDC a week ago, plenty of iOS 8 rumours had centred on the prospect of a split-screen multi-taking mode, which iPad owners could use to enjoy two apps concurrently.

Although reports on the eve of the event claimed it wasn't ready for prime time yet, there was still a sense of disappointment when the side-by-side feature failed to materialise during the keynote.

However, fresh hope has emerged for those hoping to enjoy the Microsoft Surface-like functionality, as a developer has uncovered the feature's existence within the iOS 8 beta code.

Steve Troughton-Smith said the code reveals the ability to run the second app in quarter, half or three-quarters of the screen real estate.

Will it make the cut?

The discovery raises the possibility that the split-screen multi-tasking feature will be a part of the final public release of iOS 8, which is expected to take place in September or October this year.

At the very least Toughton-Smith's find proves that Apple has indeed been working on the feature, even if it doesn't make it into the next-generation operating system.

Will it make the cut? iPad owners fed up with the need to constantly duck in and out of apps will certainly hope so, while Microsoft will hope it won't lose one of its clear competitive advantages it holds over iOS.