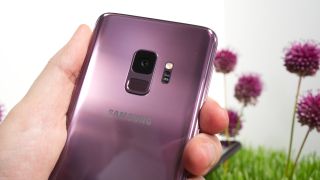 A Geekbench listing spotted by GalaxyClub shows a phone with 6GB of RAM and seemingly a Snapdragon 855 chipset (it’s listed as ‘msmnile’, which is believed to be the codename of the Snapdragon 855). Those are high-end specs worthy of a flagship phone and in line with earlier leaks.

Yet, the scores tell a different story, with the handset – which is listed as the Samsung SM-G970U but believed to be the S10 Lite – getting a single core score of 1,986 and a multi-core result of 6,266. Those are well below what we’d expect with those specs, roughly matching the benchmark results for the Samsung Galaxy S9.

That immediately makes us a bit skeptical of this benchmark. Though it could well be simply that the device isn’t yet optimized, so isn’t getting the sorts of scores it should.

In any case, either the listed specs are wrong or – more likely – the scores aren’t representative of what the Samsung Galaxy S10 Lite will be capable of at launch.

Other than the scores, chipset and RAM, the benchmark also reveals that the Samsung Galaxy S10 Lite – or whatever this benchmark is for – runs Android 9 Pie, which is exactly what we’d expect.

Hopefully when the phone lands (likely at or around MWC 2019 in late February) it will do better in benchmarks than it has done here.