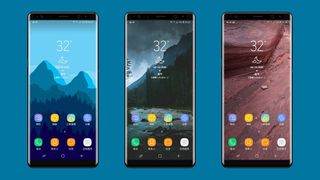 While it'd been previously reported that Samsung's next flagship phablet, the Galaxy Note 8, could be announced as early as August 23, 2017 at its upcoming Galaxy Unpacked event in New York, we now have word that Australia is expected to be amongst the first territories in the world to get their mitts on the anticipated device.

According to Ausdroid, which claims to have seen an early PDF outlining Samsung's local Galaxy Note 8 screen replacement program, it's been suggested that Australian pre-orders of the Note 8 could open in less than a month, putting it right in line with its US release.

Dubbed ‘Screen Assure’, the replacement program would see Samsung Australia offer to repair or replace one Galaxy Note 8 LCD display free of charge within the first 12 months of purchase, but only if acquired through a registered stockist.

It's believed that the date listed above refers to when pre-orders of the device will open and not the actual release date, given that it's highly unlikely for the device to be released only a day after being officially announced.

Based on Samsung's previous release practices, we can expect the Galaxy Note 8 to arrive around a fortnight after its official announcement.

Admittedly, it's a little strange that a screen replacement program would kick off from the pre-order date rather than the release date, but that could just be a placeholder until the real release date is confirmed. We'll know more in the next few weeks.