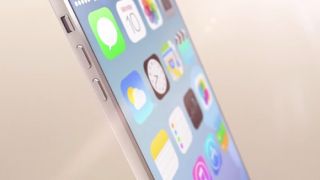 It makes a lot of sense for the rumored iWatch to launch with a sapphire display, considering how interested Apple is in the tech.

But according to a new report, Apple is saving all its sapphire for the bigger variation of its upcoming iPhone 6.

Or so says Taiwanese site Economic Daily, which claims to have spoken with "supply chain sources."

According to these sources, there's not as much sapphire available for display tech as Apple may have hoped, and the company will use it all on a limited initial batch of 5.5-inch iPhones this September.

All previous iWatch rumors pointed to a 2014 release date, and in April a report said the iWatch will launch alongside the new iPhone in the fall.

That might still come to pass, but the iWatch may be stuck with an OLED display as a result.

While the 5.5-inch iPhone 6 might only be available in limited quantities, these sources also said that a 4.7-inch iPhone 6 launching with Gorilla Glass will be Apple's main seller.

The iWatch has long been expected, but according to this report, it's been delayed repeatedly because it failed to meet internal expectations - Apple wants the smartwatch to use practically no power when in standby mode, apparently no easy feat.

Meanwhile check out these iPhone 6 leaked photos that came to our attention earlier today.