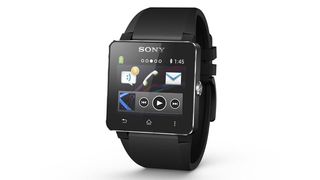 Sony SmartWatch 2 - is it the best?

It's finally here! The much-hyped Samsung Galaxy Gear was unveiled at IFA. It's the latest entrant into an increasingly crowded market that also includes Fitbits and Fuelbands, but the Gear is designed to do more than help you get fit. So, how does it compare to its do-it-all smartwatch rivals?

TechRadar has taken a look at the specs and brought you all the information you need to see which watch we'd give the time of day, and which we'll soon consign to the back of a drawer.

The Galaxy Gear has a 1.63-inch, 320 x 320 Super AMOLED colour touchscreen. The Sony SmartWatch 2's touchscreen is 1.6 inches running at 220 x 176, but the Qualcomm Toq has something very different: an e-ink-style colour Mirasol display that sips power while others slurp. The Pebble has an e-ink display too, although that one's monochrome. Its resolution is 144 x 168 pixels.

Smart watches aren't really about sheer processing power - battery life is much more important. But if you're interested, Samsung's Gear is the odd one out here: It runs an 800MHz Exynos single-core processor while its rivals have opted for ARM Cortex M3 processors.

The Galaxy Gear is the poor relation here: Its battery life "should" last for more than a day, but you can be certain that doesn't mean it's good for a full day of regular use. Sony promises between three and seven days for the Smartwatch 2. We don't have numbers for the Toq yet, but that Mirasol display should be a power miser. The Pebble's e-ink screen is good for a claimed five to seven days.

Galaxy Gear vs Sony SmartWatch 2 vs Qualcomm Toq vs Pebble: connectivity and compatibility

The Galaxy Gear is designed to connect to the Samsung Galaxy Note 3 via Bluetooth (4.0LE), using a dedicated smartwatch app. Sony's SmartWatch connects to "most" Android smartphones, again via Bluetooth (3.0) and an app, and it also has NFC. The Pebble uses Bluetooth 4.0LE to connect to Android and iOS, and the Toq will be Android-exclusive at first, but iOS support is in the works. Its Bluetooth spec isn't available yet.

We think the Qualcomm Toq has the most interesting ideas here: It, and its wireless Bluetooth earbuds, can be recharged wirelessly using an inductive case. That Mirasol screen is pretty nifty, too. Samsung's unique offering is the strap-mounted 1.9MP camera that will enable you to record full HD badly. What's more, Galaxy Gear will use augmented reality to translate road signs in foreign languages. The Sony SmartWatch is water resistant and the Pebble is waterproof up to 50m.

The Galaxy Gear and Sony SmartWatch 2 both go on sale in September, with the Sony model appearing a month later in the U.S. Qualcomm is aiming for an October release, while the Pebble is available now for "summer 2013" shipping.