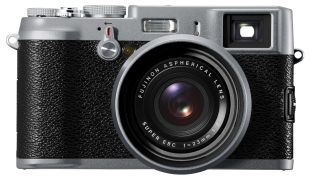 A spokesperson for Fuji has said that careful consideration is needed regarding Wi-Fi for cameras, as it may just be a passing trend.

Speaking to TechRadar, Adrian Clarke, Fujifilm Imaging's senior vice president said, "Wi-Fi has come and gone, a bit like 3D comes and goes. You've got to be really careful about strong fashions, you've got to be clear consumers need Wi-Fi."

"There's no doubt that retailers feel, especially in consumer electronics, that Wi-Fi is really important. However, I don't know how much evidence there is in the market that consumers are demanding Wi-Fi, because there's a cost increase for that obviously," Clarke continued.

"Wi-Fi is the fashion at the moment, but do remember that two years ago, 3D was the fashion and so whenever you see these big changes, you shouldn't get carried away with it, but I think Wi-Fi is probably here to stay now. Not on every model, but you should have Wi-Fi models in your range"

Currently, Fuji only manufactures one compact with in-built Wi-Fi, with more and more camera producers are starting to include this functionality and different points across their range.

Nikon recently introduced a Wi-Fi adapter for its D3200 entry-level camera which allows for remote control of the camera via a smartphone app, along with uploading and sharing images via the web.

"I remember Kodak years ago introducing Wi-Fi on their cameras, and discovering that actually nobody wanted it," Clarke said, "But the world's changed and I think the buyers [retailers] now think the time is right for it."

Earlier this week, Panasonic also expressed caution over including Wi-Fi in its cameras without there being a definite need for it - the company wanted to avoid it becoming a "tickbox" feature that doesn't actually get used.