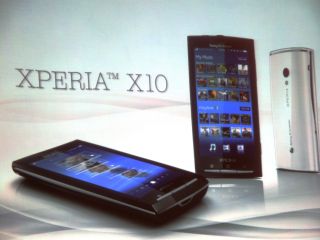 Orange has hinted to TechRadar that it might be releasing the forthcoming Sony Ericsson X10 Android device.

It's widely believed that Orange has picked up an exclusive on the new phone, although this might just be in a certain colour, much in the same way as the HTC Hero in graphite, as we've also heard another UK network is in negotiations to stock the phone too.

We asked whether Orange has any plans to sell the Xperia X10 in the UK, and this is the response given to us by a spokesperson:

"Although no official launch date or pricing details for this device have been made, as the number one destination for consumers wanting innovative multimedia devices, we continually look to range the latest high-end handsets on the market."

It's rumoured that the Sony Ericsson Xperia X10 will be launching on the Orange network in March, or possibly early April, which is the likely date of UK release date of the recently announced Sony Ericsson Vivaz, although we have no word on which operator will be picking up that device.

Orange has enjoyed something of renaissance in 2009, where it began selling such high end devices as the iPhone 3GS, the LG watchphone, the Samsung i8910HD and the HTC Hero, and it makes sense that the network would be looking to pick up the new Xperia X10, with its innovative Android overlay.