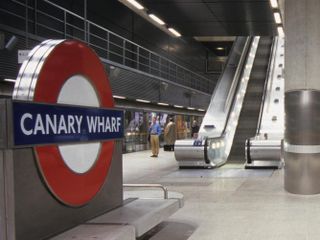 If trials are successful, we could all be using our mobiles on the Underground by the end of 2008

The aim is to find out whether it is feasible to bring such a service to the historic transport system.

"The below ground sections of the Underground are one of the few places in London where you are unable to use a mobile phone," said Richard Parry, LU strategy and service development director.

"We recognise that there is now growing demand for mobile coverage to be extended to deep-level sections of the Tube."

He went on to say that if the trial is successful, LU would consider bringing the technology to the rest of the network. "If the trial is not a success then London Underground will not proceed with plans to extend mobile phone coverage to the Tube," warned Parry.

A recent survey by LU suggested 56 per cent of passengers would want to use their mobile on all parts of the network. However, the organisation will use the trial as an opportunity to test people's attitudes towards the proposed changes.

If it gets the green light, LU aims to bring in a private firm to supply the technology and run the service. It looks like the Tube's days of being a mobile-safe haven are almost over...