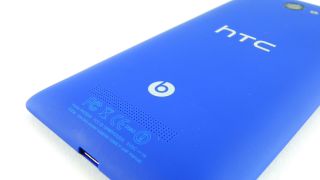 HTC could be about to lose a whole chunk of street cred as reports emerge that hip young headphone-maker Beats wants to sever ties with the smartphone maker.

The Wall Street Journal reports that Beats Electronics' (of Dr. Dre fame) is considering buying out HTC's 25% stake in the firm as it looks to expand its options in the market.

Beats Audio technology has proudly sat inside HTC's handsets ever since the Sensation XE, bringing improved audio performance - especially in the bass department - via headphones and then the internal speaker on later devices.

People "familiar with the matter" told the WSJ that Beats Electronics is looking to replace the Taiwanese firm with a new investor who can provide money for future growth, which would see HTC lose its tie-ins with the audio firm.

It's not the first time the Beats/HTC relationship has hit the rocks: last summer, Beats bought 25% of its shares back from HTC, prompting rumours that HTC would drop Beats integration from its phones, chatter that the company branded "categorically false".

There's more bad news for HTC: Digitimes claims that the firm may drift away from Windows Phone 8 as its share of the already-fairly-small Windows Phone market has dipped.

HTC has apparently seen its global Windows Phone market share drop below 5%, with Samsung taking second place after Nokia, and thus is mulling the decision to focus more on its Android outfit.

Handsets such as the HTC 8X and 8S failed to make much of a splash in the market, while the Android based HTC One has received a strong reception and managed to put the manufacturer back on the mobile map.

We have spoken to HTC regarding both reports, but a spokesperson for the company told us "HTC doesn't comment on rumour or speculation" - so no real shock there.