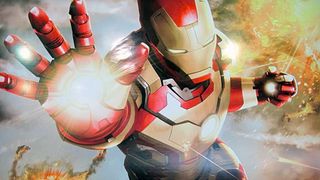 Buy our phones or Iron Man will hunt you down

Iron Man might be about to downgrade to aluminium as Robert Downey JR is reportedly set to become the new face of HTC phones.

Downey Jr will have "final say over creative elements", according to Bloomberg, and he'll be pocketing a cool $12 million (about £7.75m, AU$13m) to be seen holding HTC phones in the advertising campaign.

We expect plenty of jibes from the rest of the Avengers team in the forthcoming sequels which Downey Jr has just confirmed he'll be returning for.

Fancy some more bite sized news? Check out more of our blips.