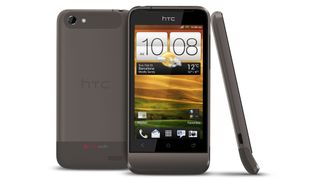 Virgin Mobile to be One V's first carrier

While HTC's One V smartphone was already confirmed to make its way to U.S. carriers, exactly which one remained a bit of a mystery until today.

Virgin Mobile finally stole that spotlight, announcing that it will offer the HTC One V without a contract for $199 along with monthly plans starting at $35 per month.

Bang for your buck

The HTC One V may not live up to its more powerful sibling the One X, but the affordable price makes for an even tradeoff.

In TechRadar's review of the One V, we called it a "a smartphone that will help push user expectations of competitively priced handsets to new, ever advancing levels."

Back in May, HTC said it would bring One V stateside "through a variety of U.S. partners," and Virgin Mobile's press release says nothing of exclusivity, so more carrier options could be on the way later this summer.

For now though, expect to see the HTC One V show up on Virgin Mobile's website and Best Buy, Radioshack, and Walmart retailers nationwide through July and August.