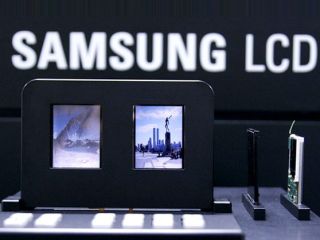 Samsung's double-sided LCD will appear at CES in Las Vegas

Samsung Electronics has developed a double-sided LCD panel that can display images on two sides.

Many clamshell mobile handsets have double screens; a small one on the outside for when the phone is closed, and a larger one inside the phone. The double-screen setup often makes mobiles thicker than models with only one screen.

But Samsung's new TFT LCD panel, which is able to display two independent images on each side, means that clamshell mobile phones can be mounted with just one screen instead of two.

The panels have new double-gate TFT architecture with two gates for operating pixels, rather than just one. This allows the same pixel to be used for two different screens.

There are other double-sided LCD screens around already but according to Samsung these are only able to display the same image on both sides. This means that one side of the image is displayed reversed.

Samsung said it will start mass producing the 2.6mm thick and 2.22-inch wide QVGA (240x320) resolution panel in the first half of this year.

The company will show off the panels at CES in Las Vegas next week.