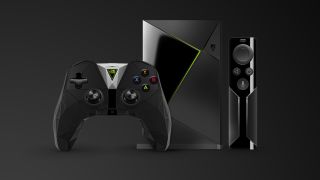 It's been a long time coming, but Nvidia's terrific 4K streaming device, the Nvidia Shield TV, is currently gearing up to launch in Australia.

The device, which allows users to stream PC games at 4K resolution to your living room television (up to 60FPS), is considered one of the most powerful streaming video players on the planet, running on Nvidia's own Tegra X1 processor (same one found in the Nintendo Switch) with a 256-core GPU and 3GB of RAM.

Along with its streaming prowess, it also packs Google Assistant integration, HDR support, Dolby Atmos and DTS-X pass-through, and runs on the Android TV platform, meaning you can download apps and games from the Google Play Store directly to the unit's 16GB onboard storage.

Of course, that also means it can be used as a PLEX box, and boasting full support for a wide number of video formats and containers – including MKV, MOV, AVI, DivX and more – makes it an ideal option for Kodi streaming.

While the Nvidia Shield does not have an exact Australian release date, it will be available for purchase sometime in July 2018 starting at $249 (presumably for the 'Remote Only' edition) with additional controllers and accessories sold separately.

We're also told that it will be sold in a bundle with Nvidia's remote feedback controller, though pricing for this has yet to be revealed. Going by the bundle's US price, which sits at US$199.99, we expect it to sell locally for around $270-$280.