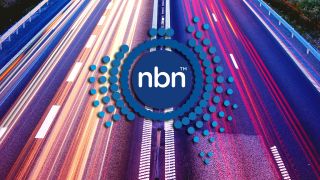 The latest monthly progress report from NBN Co bears good news for its attempts to push customers to the network's higher speed tiers, with an impressive increase in the uptake of 50mbps or higher plans since December last year.

After altering the pricing scheme for its different tiers in December and shifting focus primarily to the 50mbps plan by offering wholesale discounts to service providers, NBN Co has managed to get 70% of new contract sign-ups to opt for a plan that's 50mbps or faster.

While responsibility for this also falls in part to the telcos relaying these discounts to the customer, this uptake brings the total number of NBN users on 50mbps plans or higher up to 44%, almost tripling the 16% figure it was before December.

It’s worth noting that, among these higher speed tiers, NBN Co counts the 25-50mbps plans on its fixed wireless network, which has become the fastest tier on offer since regional and rural Australians won’t be getting the option for a 100mbps plan.

The other victory that NBN Co is celebrating with its latest report is the decline in congestion, which was “reduced from more than five hours to less than 30 minutes per service, per week compared to this time last year”.

Indeed, that statement is in line with NBN Co’s reports – last May was especially bad in the way of average networks congestion – but it’s perhaps a tad misleading in terms of the month-to-month progression.

The average congestion per service, per week, has actually increased to 18 minutes since February, when it was 12 minutes, and hasn’t improved considerably since December-January.

Despite this sleight of hand, the fact that congestion rates are remaining somewhat stable is still impressive, given the increasing number of users that are signing up for the NBN – 3.9 million as of May 2018, increasing by roughly 100,000 each month – and the company acknowledges “there is more work to be done”.