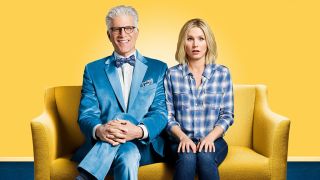 UPDATE: We now have a firm April 2020 launch date for NBC Universal's streaming service – though it will have to wait a bit longer for its tentpole The Office to land on the platform.

As if we don't have enough streaming options already, US broadcaster NBC is looking to take on the likes of Netflix and Amazon with its own service.

The National Broadcasting Company owns a wide array of channels, including Syfy, CNBC, USA Network, and owns the rights to hugely successful shows such as Saturday Night Live, Brooklyn Nine Nine, Parks and Recreation, and The Good Place, starring Ted Danson and Kristen Bell (pictured above).

According to CNBC, the streaming service would reportedly be free to use for anyone with a "traditional pay-TV subscription" in the US. It would be ad-supported, with a paid option (without ads) for around $12 a month – though how it might affect licensing of NBC properties outside of the US is unclear.

The service could launch at the start of 2020, and will reportedly feature news and sports coverage alongside NBC's TV and film content (NBC's parent company Comcast also owns Sky in the UK).

NBC plans to "retain rights to certain titles" for the service, meaning we could even see NBC pull its properties from the likes of Netflix – as we're seeing with Disney-owned properties for the incoming Disney+ service.

The streaming market is becoming increasingly crowded, with the likes of Netflix and Amazon Prime Video facing competition from media companies keen to leverage their own IP and properties rather than license them through existing streaming platforms. DC Universe, IMDb Freedive, and the looming spectre of Disney+ are all vying for viewers' attention, and their money.

Speaking to CNBC, NBCUniversal CEO Steve Burke spoke of a potential platform "that has significant scale and can scale quickly". Viewers' appetite for TV streaming being what it is, NBC's portfolio could well find traction, even if there's a limit to how many streaming services customers will realistically want to subscribe to.