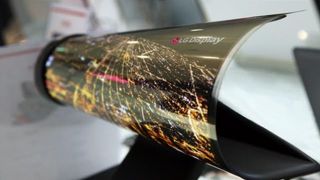 It seems as though foldable phones could be like buses: you wait a decade for one and then three (or more) come almost at once. As while Samsung could unveil one before the end of 2018, LG might be hot on its heels, as the company is apparently set to show a foldable handset at CES 2019.

The LG rumor is according to reliable leaker Evan Blass, who tweeted that “LG plans to unveil a foldable phone at its 2019 CES keynote.” CES 2019 takes place from January 8-11, so that’s not long to wait.

And that’s not quite the end of the story, as Digital Trends asked Ken Hong, LG’s head of global corporate communications, about the claim and was told that “anything is possible at CES.” So that’s not a confirmation, but nor did he say such a device isn’t coming.

Right now we don’t really know anything else about LG’s folding phone, but this isn’t the first time we’ve heard rumors that the company is working on one.

Back in July a patent for a foldable LG phone even emerged, showing a phone with a hinge halfway down that bends horizontally, with the screen only working when the phone is unfolded. But patents often don’t turn into products, so don’t be surprised if LG’s first foldable phone looks quite different.