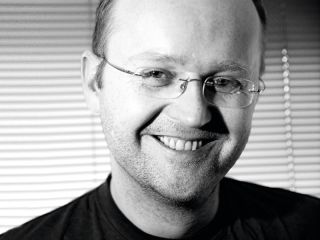 We're the internet generation and we want instant gratification: a quick fix from a few quick clicks

In the aftermath of the Iranian elections, the internet joined hands to support Iranian protesters. On Twitter, #iranelections became the hottest topic.

Ordinary people turned their avatars green to show their support and my Twitter feed filled up with retweets: tales from inside Iran, lists of proxy servers that protesters could use to evade Iranian censorship, and links to resources covering everything from encryption and Tor to how to treat bullet wounds.

And then Michael Jackson died. While the avatars were still green, the Iranian retweets had stopped. #iranelections was no longer at the top of Twitter's trending topics list: it was deposed by Jackson and by Moonfruit, which was running a competition for a free laptop.

The latest Michael Mann film, Public Enemies, was in there too, nudging #iranelections further down the list. It's clear that the rush of enthusiasm, of "everybody turn your avatar green and repost these proxies" messages, is over. Did we get bored of Iran?

I think there's more to it than that. While the internet is an amazing resource for freedom – according to Demotix.com, if it weren't for the efforts of Iranian citizen journalists and Twitter users, 95 per cent of the news from Iran simply wouldn't reach us – the very nature of the net means it's hard to truly care.

We're magpies, drawn from one hot topic to the next. One week everybody was talking about Apple. The next, they were saving Iran. The week after, they were making Michael Jackson jokes. Perhaps they'll save Iran again in coming months, but I doubt it.

Online, everything's just words on a screen – so a tweet from an Iranian protestor is ultimately as real as an update from somebody playing Spymaster, and it scrolls off screen just as quickly.

From time to time something catches everybody's attention, and for a while it generates its own momentum: because everyone you follow is doing Iran, you'll do it too. But when their attention moves on, so will yours: to Michael Jackson jokes, free laptops, or to whatever people are talking about today.

There are, of course, exceptions. Some extraordinary people are doing extraordinary things to help ordinary Iranians. But by and large, Iranian protesters are as real to us online as anybody else – and that means they aren't real at all, so we can pick them up and put them down like a toddler with a big bunch of toys.

Maybe I'm wrong. Maybe a few months from now, assuming Iran doesn't suddenly become a beacon of freedom (which isn't very likely; anyone critical of the elections is deemed an enemy of the state), #iranelections will still be one of the top 10 topics on Twitter.

Maybe the avatars will be green again. But I doubt it. We're the internet generation and we want instant gratification: a quick fix from a few quick clicks.