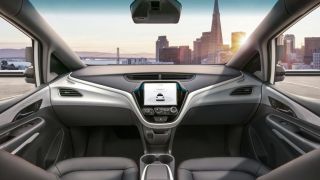 Cruise Automation, the self-driving car wing of General Motors, wants people to know about its rigorous training process for the human safety drivers behind the wheel of its autonomous Chevy Bolt EVs.

After submitting a safety report to the US federal government describing how its AI and vehicle design promote safety, Cruise released an addendum today that lays out the month-long training drivers must undergo before sitting behind the wheel of one of its self-driving cars.

Cruise’s “autonomous vehicle testers”, or AVTs, train to monitor the Bolts’ operations, spot and record any unreliable AI behavior and be prepared to take control at any time. AVTs behind the wheel reportedly must keep both hands on the steering wheel at all times.

Before riding on public roads, AVTs start in a classroom, then practice actions in a stationary car, and finally practice scenarios (like a flat tire or someone else hitting them) on a private track.

Like every self-driving car company except Uber, Cruise requires two AVTs in the car at all times, with the person not behind the wheel responsible for monitoring and reporting data. The driver seat AVT can only provide verbal feedback while driving, so his or her eyes never have to leave the road.

To ensure that operators don’t become lax due to boredom or sleepiness, Cruise mandates breaks and maximum driving hours per day. It also monitors the DMV records of its employees, in case an AVT demonstrates reckless driving after he or she is hired.

If a self-driving car disengages, Cruise analyzes the footage and "escalates" the scenario, figuring out what would have happened if the human operator hadn't taken over. After isolating the cause of the problem, Cruise teaches new and current AVTs to look out for similar potential scenarios until it's able to upgrade the AI to prevent the disengagement from happening again.

“We will operate our self-driving vehicles with AVTs until they are capable of safe, fully driverless operation,” Cruise states in the report. Eventually, GM hopes to release its Cruise AV driverless car, which has no steering wheel or pedals that humans could operate in an emergency.

Cruise, which was purchased by GM in 2016, just received a $2.2 billion investment from SoftBank to fast-track its self-driving production.

Plus, GM announced today that it hopes to sell shares in Cruise, Bloomberg reports, which suggests the company wants even more partners or investors to back its self-driving venture.

After the March incident where an Uber self-driving car struck and killed a pedestrian, during which the human safety officer looked away from the road to monitor equipment, Cruise’s report emphasizes how its operators may be better prepared to avoid such an incident.

Many driverless developers haven’t been this clear. We couldn't find training methods public for Waymo, which has already begun sending out self-driving cars without any safety drivers, choosing instead to focus on detailing its AI training methods.

Both Waymo and GM hope to start their own self-driving taxi services within the next couple of years.