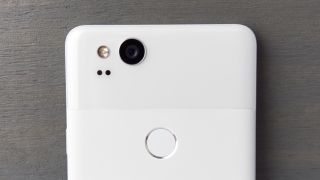 We already know that Google is going to announce the Google Pixel 3 and Google Pixel 3 XL on October 9, but it looks like you’ll also be able to pre-order the handsets immediately after the event.

At least, that’s what Android Central says, having claimed to get a promotional email from Google with that information in it. We have no reason to doubt the site, so this is probably accurate, but we haven’t seen the email ourselves so can’t be completely certain that it’s true.

The email also apparently shows a number three, which transitions between black, white and mint colors, which seems an obvious hint that the Google Pixel 3 range might come in those shades.

This isn’t the first time we’ve seen hints of that, though note that leaked images of the white Google Pixel 3 show a mint-colored power button, so it’s still possible that there will just be two shades – black and white/mint.

The answers don’t give much away, but one response is “Looks like there might be something about a new phone – and maybe, just maybe a few other new things.” It’s not clear what those other things would be, especially since the Google Pixel Watch probably won’t land this year, but we’ll find out soon enough.