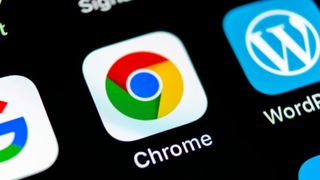 A beta release of Google Chrome 77 for Android has revealed that the browser's dark mode will soon be getting smarter, and will be less likely to invert the color of images – even if their backgrounds are mostly white.

As Android Police explains, when dark mode first arrived for Chrome on Android, it was little more than a way to invert the colors of an entire site

The release of Chrome 76 in July saw a significant improvement, automatically activating a dark version of a site if one is already available, and only reversing the colors if there's no alternative.

While applying a filter to invert colors works well in some instances, it's not ideal for photographs, and can make them almost indecipherable. A new Chrome 77 beta seems to solve that problem, and is much less likely to invert the color of images when it forces dark mode on a site, even if those images contain a lot of white.

The Chrome 77 beta has also revealed a few other features that, although small, could make a huge difference to your browsing experience.

The beta has a new attribute called 'enterkeyhint', which allows web app developers to decide what the 'Enter' key should do when the user is typing something. For example, it could shift focus to the next field in a form, check a box, or submit the form.

Web apps will also be able to access and display your contacts, so you can easily pick people you want to share something with. Thankfully, it appears there are safeguards in place to stop this tool being abused.

To check out the new features for yourself, download the latest Chrome Canary release from the Google Play Store and get browsing.