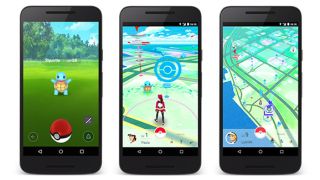 Pokemon Go might be all everyone's talking about right now, but weirdly the consensus is that the game itself isn't that great.

People love the experience, they love exploring their local environments, and they love meeting others as they play, but they're less keen on the game's mechanics.

Part of this is to do with the fact that the traditional mechanics of the games have been simplified to work better with touchscreen controls.

Gym battles mostly descend into a mess of screen-mashing, and the unresponsiveness of the controls makes healing multiple Pokemon in a single session a frustrating process.

A lack of explanation

But the biggest problem by far is that the game is pretty terrible at teaching you how it should be played.

There's a lot of confusion around what the best way to catch Pokemon is, and working out how incense and lures work exactly takes a little trial and error.

But far from harming the experience, this design oversight is actually benefitting what is ultimately one of the most social games of all time.

We've become used to games that contain all the information that we need in order to be able to play them.

But then we've also become used to games that see us sitting in a single location to play them on our own for hours on end.

So what do you do when you're playing a poorly explained game and meeting dozens of others who are doing the same thing? You share tips of course.

I've learnt so much from other players that I've met while playing. One guy taught me how to spin pokeballs to get a little extra XP from catching pokemon, while another told me about how to get coins by catching and holding gyms.

It almost feels like the way games used to feel before the days of being able to look up literally everything about a game on the internet on the day of release.

It feels like being in school when Pokemon Red and Blue were first released when all sorts of crazy rumors would sweep the schoolyard.

Some of them were true while others were more wishful thinking, but the fun was in finding out the weirdest rumors that someone had heard from their cousin in another school and trying them out for yourself.

Now Pokemon Go is creating a similar feeling. Yes we now have the internet to amalgamate the best Pokemon Go tips and tricks, but for the more casual fans there's no better way to find out how to play the game then just to get out and start talking to other players.

At that fact feels perfect for a game that's one of the most unique social experiences I've ever played.