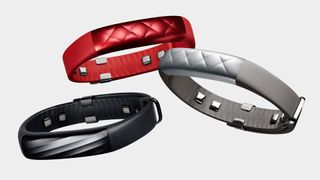 You'd be forgiven for thinking that the wearable market is in trouble right now. With news of Jawbone, once the number one name in fitness tracking wristwear, entering liquidation the outlook for wearables could be seen as rocky.

However, even with Jawbone falling from grace (less than a year after Pebble stopped making watches) there's still reason to be positive about the burgeoning wearable market.

The story of Jawbone is a strange one. There is no confirmation the company has gone out of business, but a report from The Information which has since been confirmed by sources known to TechCrunch and The Verge, suggests Hosain Rahman, the CEO and co-founder has moved on.

The company’s CEO has reportedly moved on to a new company called Jawbone Health Hub which will focus on clinical health rather than consumer wearables.

Last May, Jawbone shared a statement saying it was “wholly committed” to the fitness tracker market, but reports continued to suggest the company was moving away into new areas.

Competition from cheaper alternatives, the rise of Fitbit, increased pressure from smartwatches and numerous legal battles have given Jawbone a hard time since it begun making fitness tech in 2011.

This news comes a little over six months since Pebble, one of the most popular smartwatch manufacturers in the world, was taken over by Fitbit. Before that buyout the company had to end pre-orders of the Pebble Time 2, citing financial issues as the problem.

Times were tough for Pebble too, while sales figures for the Apple Watch and Android Wear devices are currently unclear but reviews for the latest products have been lukewarm.

All is not lost though. The wearables market is still very young, and it means we expect to see companies come and go in the space as it continues to develop and find its feet.

Not all the big names are failing, and there's a plethora of new companies joining the space with virtual reality headsets, fitness trackers, smartwatches and even more inventive wearable tech.

Fitbit’s market share may be in trouble at the moment, but it still owned a huge 22% of the market in 2016. That means Fitbit continues to be market leader in the wearable space, despite tough competition from the likes of Samsung, Google and Apple.

Between 2015 and 2016 the whole wearables market grew by 25%, a big jump considering not that many new products were launched in that time period.

Part of that jump was the launch of the Apple Watch 2, but we don't know any specific sales figures for either of Apple's smartwatch devices so far.

Some of the big names may be struggling, but Jawbone going under doesn’t mean all wearables are dead.

Despite what you may hear, wearables are continuing to grow but it's just in different places rather than the big names that brought the market to fruition.