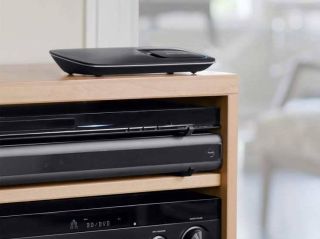 The Lenovo IdeaPad S2 tablet, shown off at CES 2012, has an interesting trick up its sleeve: wireless HD streaming courtesy of integrated WHDI.

WHDI, which is short for Wireless Home Digital Interface, promises to deliver wire-free HD streaming without lag, hassle or unnecessary expense - so does it work? Will you want it?

And how does it compare to the other four hundred wireless HD standards currently competing for the hearts, minds and living rooms of the world? Let's find out.

WIRELESS WONDER? WHDI promises to cut the cables from your home entertainment kit

WHDI is designed to make your life easy

With WHDI, you'll be able to connect your Blu-Ray player, tablet or any other device in the same way you'd add Wi-Fi kit to your home network.

The current WHDI standard is the second generation of the technology; the first generation got lots of press coverage in 2009 and 2010 but didn't really amount to much.

WHDI does HD and 3D TV

Operating in the 5GHz frequency band, WHDI can stream uncompressed HD at up to 1080p resolution, with support for 3D TV and 5.1 surround sound too.

That's a different standard altogether, from the Wireless Gigabit Alliance. Inevitably, the two technologies don't talk to one another.

Guess what? That's yet another standard!

You can probably guess where this one is going. Yep, that's different too: WiDi is Intel's short-range wireless telly tech.

WHDI isn't designed to chuck HD video over huge distances: it's a short-range technology that runs out of puff at around 100 feet (30m). It doesn't require line of sight connections, though, so you can hide any adapters behind the TV.

Lenovo's WHDI tablet isn't noticeably different from other seven-inch Android devices, so adding WHDI clearly doesn't add any bulk. It's not a huge battery hog either, and the demo shown off at CES 2012 appeared to work well without any noticeable lag. Lenovo's WHDI tablet mirrored its display, so anything you did on the tablet - not just video, but games and apps too - appeared on the TV.

WHDI TVs aren't out yet

If you're waiting for us to mention dongles, wait no more: as yet there aren't any commercially available TVs with integrated second-generation WHDI - they're coming, but you can't buy them yet - so for now you'll need an adapter such as HP's Wireless TV Connect with WHDI. This $199 device uses WHDI to stream HD content from your PC to your TV.

WHDI says DEATH TO ALL CABLES

We're quite taken with Belkin's Screencast AV4 Wireless, which uses WHDI to connect four audiovisual devices to your TV without any of the usual spaghetti junction stuff.

WHDI prices are reasonably low, but they'll get lower

We've already mentioned the $199 HP kit, while the Belkin Screencast is $249.99. That's not bad for a brand new technology, and of course like all other tech you'll see prices fall the more popular and established WHDI becomes.

WHDI has lots of pals

It looks like WHDI is gathering momentum: WHDI members now include not just creator AMIMON but also LG, Motorola, Samsung, Sharp, Sony, HP and Hitachi, and products have been announced by the likes of Belkin and Asus too.

However, it's worth pointing out that many of the same names are also supporters of Wireless HD too. With multiple technologies promising much the same thing, it might be an idea to sit back and wait for a victor - or at least, interoperability between rival standards - to emerge before committing any of your cash.