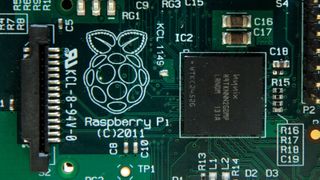 ARM has praised British ultra-cheap computer project Raspberry Pi, telling TechRadar that it is in regular talks with the team.

Speaking to TechRadar, Vincent Korstanje, ARM's VP for segment marketing, explained that the company was focused on the entire 'ultra small form-factor' segment and not exclusively Raspberry Pi.

But Korstanje did tell us that having a Cambridge office near to ARM's UK base was definitely a help.

"Of course we talk to them regularly," said Korstanje. "They are a foundation as well so it's very interesting to see what they are doing. We have supported them in the past."

"It's an interesting technology trend so of course we are interested, but we're not exclusively looking at Raspberry Pi," he added

"Being in Cambridge helps, but FXI is run by a person who used to work for ARM so there's a real community [in this area]."

Korstanje believes that there is real opportunity within this burgeoning area in tech, although it may take a while to become more mainstream.

"I think the trend behind here is that these will also come to consumers," added the ARM man.

"It's still early days and perhaps a little geeky but having a $35 device to plug into the back of your television that brings HD content from your WiFi channel is always going to appeal."