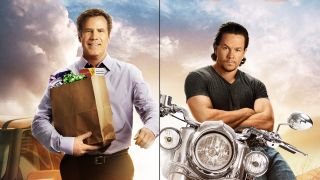 Dolby Atmos certainly seems like the leader when it comes to the next generation of cinema surround sound with cinemas and recently even a nightclub having installed compatible surround sound.

But its main rival, DTS:X, has scored a big win with the announcement that the technology will be coming to a number of Blu-rays from Paramount Pictures, including Zoolander No. 2, The Big Short, Whiskey Tango Foxtrot and perhaps most exciting of all, Daddy's Home.

These are not the first discs to be released with support for the format, the DTS website lists London Has Fallen and Independence Day as also being compatible, but it's a major step forward for a format that has struggled to close the gap with Atmos after its later launch.

DTS:X is a newcomer to the next generation sound sound battle, having been announced by DTS in 2015. Meanwhile it's main rival, Dolby Atmos, has been around since 2012.

The two standards are both 3D object-based audio systems which work to create a sense of vertical sound in addition to the horizontal spread of sound offered by surround sound systems today.

What this means is that you might feel like audio is coming from above or below you rather than just behind you or to your right.

Also new is the fact that rather than having just five or seven points on a map (as is the case with a 5.1 or 7.1 audio setup), the new systems have a much more detailed 3D space consisting of objects. Atmos has maximum of 128 and DTS:X has a theoretically unlimited number.

At the moment, neither standard appears to be decisively superior, but we wouldn't be surprised if the situation changes as producers get to grips with the new standards in order to push them to their limits.

Thankfully, unlike a format war like the HD-DVD vs Blu-ray battle, it's possible to buy equipment that supports both Dolby Atmos and DTS:X such as Denon's AVR-X3300W or Yamaha's RX-V581.

Unfortunately on the disc side it's not possible to support both formats simultaneously, according to Cnet.

So if you've been waiting patiently for some films to come out to play on your fancy new DTS:X-enabled sound system then it's looking like you're going to be spending a lot of time watching Paramount movies for the immediate future.