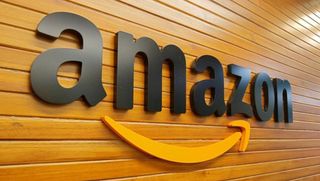 Ever bought something from Amazon? The online retailer has countless warehouses around the world, all packed to the brim with gadgets, smart speakers, home goods, books, and near anything else you could have thought to buy. But when something goes unsold for long enough, what happens then?

Apparently, it went to the dump – until now.

Amazon has now announced a new community initiative program, which will kick off in the US and UK, donating hundreds of thousands of unwanted products from third-party sellers which otherwise would go to waste. Marketplace vendors will be able to donate to the likes of "Newlife, Salvation Army, and Barnardo’s" in the UK, or Good360 in the US.

Products have tended to be thrown away when they're simply stocked in excess – or suffer from too many returns – and the original manufacturer has nowhere for them to go.

The Fulfilled by Amazon initiative (or 'FBA' for short) will start on September 1, with the likelihood being that it will roll out beyond the US and UK sometime after that point. Given the amount of waste Amazon has been guilty of – throwing away three million televisions in 2018 alone – it can't come soon enough.