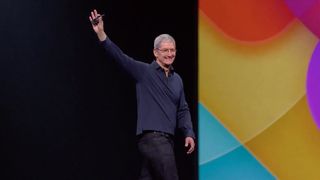 This year's Apple WWDC (Worldwide Developers Conference) looks set to deliver a range of exciting announcements, and we're expecting to hear about Mac OS X 10.12 and iOS 10, as well as possibly getting a glimpse of Apple Watch 2, alongside Apple CarPlay and Apple Music.

Tim Cook will be hosting the WWDC 2016 keynote today at the Bill Graham Civic Auditorium in San Francisco, and there will once again be a number of ways to stream the conference live online.

The keynote begins at 10am PDT, 1pm EDT, 6pm BST today (3am AEST, June 14 for our readers in Australia), so read on to find out how you can watch Apple's WWDC 2016 keynote online.

Update: We've now got the correct streaming URL for people who are running Windows, Android and Linux devices and want to watch the WWDC 2016 keynote through the VLC media player.

How to watch Apple's WWDC 2016 keynote on a Mac

Unsurprisingly, the easiest way to watch the WWDC 2016 live stream is on an Apple device. If you've got a Mac, open up the Safari web browser and head to Apple's WWDC16 event webpage, which will stream live footage of the keynote.

How to watch Apple's WWDC 2016 keynote on a Windows PC

Once again Apple has made it relatively straightforward for Windows users to watch the WWDC keynote, though you will need to be on Windows 10.

You will also need to use Microsoft's default web browser, Microsoft Edge, to view the live stream. If your PC meets those requirements, then just head over to the WWDC16 event webpage to watch it live.

If you have an older version of Windows, or you use Linux, then it's a bit trickier to watch WWDC 2016. Usually there is a workaround by using the versatile VLC media player.

Once installed, open it up and in the top-left corner click Media, then Open Network Stream. You'll then need to enter in the network URL of the stream.

The URL you need to enter is:

This URL has been tested and we can confirm it will stream the WWDC 2016 keynote live.

How to watch WWDC 2016 on iPhone, iPad and iPod

To watch the live stream of the WWDC 2016 keynote on a mobile Apple device, make sure it's running iOS 7 or later, and open up the Safari app and browse to the WWDC16 June event webpage.

You can also keep up with the entirety of the WWDC 2016 event with the WWDC app for iPhone, iPad and Apple Watch.

How to watch the WWDC 2016 keynote on TV

If you want to watch the Apple June 13 event live stream on a TV then you'll need a 2nd or 3rd generation Apple TV.

You will need to make sure the Apple TV is running software 6.2 or newer, and you'll need to have the WWDC app installed.

If you aren't able to watch the live stream of the WWDC 2016 keynote, then don't worry, as we'll also be reporting live from the event.

Head over to our WWDC 2016 live blog for all the breaking news and expert commentary as it happens.