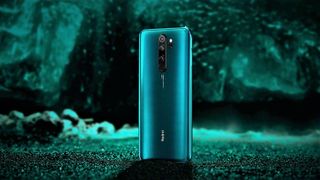 Xiaomi took the wraps off the Redmi Note 8 and the Redmi Note 8 Pro in China on August 29, once again bringing killer devices to the budget segment. Successors to the extremely popular Redmi Note 7 series, the phones will come to India after 8 weeks, which is in the end of October.

Update (October 9, 2019): Xiaomi India has announced that the Redmi Note 8 series will come to India on October 16.

We have received about 64 Million queries from an infinite number of Mi fans for this. 🤩Here's announcing the launch date of this beast of a phone. #64MPQuadCamBeast is coming on 16th October 2019. Can we get 6400 RTs on this? pic.twitter.com/mcvWwfJ26lOctober 9, 2019

Xiaomi has also managed to ship over 20 million units of the Redmi Note 7 series globally which is a feat in itself. We found the Redmi Note 7 Pro to be Xiaomi's most refreshing upgrade to the lineup in a long time, as we noted in our review. The Note 7 series set a benchmark in the smartphone markets around the world and it's up to Xiaomi now to one up themselves.

The mobile phone turf has seen a lot of developments in the past quarter or so with consumers eyeing features like pop-up camera, in-display fingerprint sensor and multiple cameras under various budget segments.

Having said that, Redmi Note series is a pretty important lineup for the Chinese electronics maker which is why it is doubling down on making the phones feature rich.

Xiaomi had recently revealed that it was developing a phone with Samsung's Bright GW1 64MP camera sensor and that it would be launched soon. Now it's confirmed that the phone in question is none other than the Redmi Note 8 Pro which will have a 64MP quad camera setup on the rear. Xiaomi has also teased that the 64MP camera will offer upto 25x zoom.

The Redmi Note 8 will also sport a quad camera setup, but with a 48MP primary camera.

The Indian pricing is expected to be on the same lines

As for cameras, both the phones have a quad camera setup consisting of a primary camera, an 8MP ultra-wide lens, a 2MP macro lens and a depth sensor. The Note 8 Pro has a 64MP primary sensor, making it the world's first smartphone to do so, while the Note 8 has a 48MP sensor.

Update (September 25, 2019): A new variant of the Redmi Note 8 was spotted on TENAA with 256GB of storage and 8GB of RAM. Five new colour options were also mentioned, including grey, green, pink, purple, and red. If this model ever gets a mass-market release, it is likely to start with China.