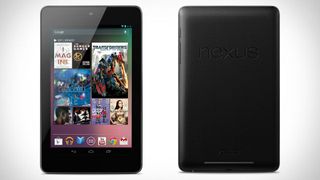 A full teardown of the new Google Nexus 7 has revealed the tablet is packing a seriously impressive battery under the hood.

The Nexus 7 comes with a 4,326mAh, 16Wh battery which can reportedly last a whopping 9 hours, 50 minutes, according to the chaps over at iFixIt.

This might not seem impressive when you consider the Amazon Kindle Fire packs a 4,400mAh battery, but even though its got a bigger power pack, you can only squeeze seven and a quarter hours out of it.

On par with iPad

With the quoted battery life almost topping ten hours, it places the Nexus 7 battery in line with the new iPad, which sports an 11,500mAh, 42.5Wh juice pack, with the 3G iPad offering 9 hours 52, and the 4G model providing 9 hours 37 minutes of life.

If you like to tinker with your hardware, then you'll also be pleased to know that the battery is relatively easy to access on the Nexus 7, with the rear plastic case able to pop off and battery reached without needing a screwdriver – something you can't do with the iPad range.

The Google Nexus 7 is an impressive tablet, with its quad-core processor, 7-inch HD display and Android 4.1 Jelly Bean operating system, which is being powered for longer by this decent battery.

Find out more in our hands on Google Nexus 7 review, or take a look at the video below.