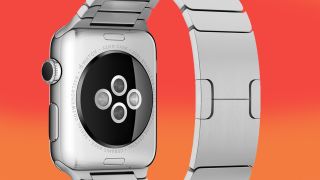 If your Apple Watch Series 1 is showing a particular kind of wear and tear, don't throw it out just yet — you may be entitled to a free repair, courtesy of Apple.

An internal service policy from Apple says the warranty period for first-gen Apple Watches has been extended, specifically for an issue where the back section has popped off the body due to faulty adhesive, according to MacRumors.

This means that if the sensor on the back of your original Apple Watch has fallen off (a frequent-enough issue to seemingly warrant Apple stepping in, based on the Apple Support forums) within the first three years of purchase, you may be eligible for pro bono repairs.

Apple's warranties usually extend out one year, though we've seen the tech giant boost that period in light of product defects, such as with the iPad Pro's Smart Keyboard attachment earlier this year.

Apple's extended Apple Watch warranty policy has reportedly been in effect since last year, and applies to Sport, Edition, and Hermès models of Apple's wearable. It's just now coming to public light.

If this issue affects you, the next best step is to schedule a Genius Bar appointment at your local Apple Store or get in touch with Apple Support via phone or email to see about having your smartwatch serviced.