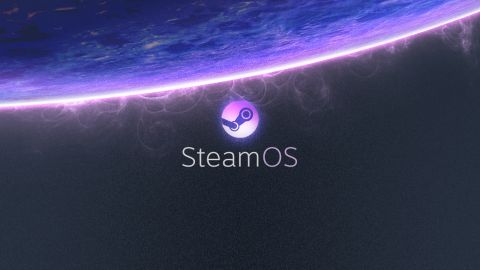 Beta or not, SteamOS needs a lot of work, namely the installation process. But it's clear that Valve is onto something.

Update: The latest issue to hit SteamOS reolves around waking the OS up from sleep mode, which according to one Valve employee is more hassle than it's worth due to a lack of graphics support on Linux. Check out Page 3 for more.

Back in the early 2000s, Valve Software was best known for creating the beloved first-person shooter Half-Life, and we were all waiting patiently for the next installment of Gordon Freeman’s futuristic adventures in Half-Life 2.

Fast forward 15 years, and Valve’s then-side-project, the Steam games distribution platform, is now at the center of its business, as faster internet connections and more spacious hard drives have essentially gotten rid of physical media as far as PC gaming is concerned.

Today we're in much the same boat. Anyone who has ever so much as handled a controller is waiting for the Half-Life 3 announcement. Steam has gone from being a controversial and slightly annoying way of getting games to the PC gamer's title hub of choice. Bubbling away in the background this time is SteamOS, the Linux-based operating system which forms a big part of the company's plan to infiltrate the living room gaming space.

Now that Steam Machines are out in the wild, SteamOS is now available for anyone to download, so if you fancy building your own Steam Machine – you can give it a go.

Luckily, the days where Valve advised “Unless you’re an intrepid Linux hacker already, we’re going to recommend that you wait” are over, and SteamOS is easier to install now than ever before.

SteamOS could have changed everything. Not only did it threaten Microsoft’s nigh monopoly over PC gaming, which slipped a bit with Windows 8, but it also aimed to pull people’s attention from the Xbox One and PS4 that are sitting in that little gap underneath your TV. There have been tiny media PCs that could be strapped onto the back of your TV for years, but they have always lacked a coherent operating system.

SteamOS, then, was promised to sit somewhere between Windows gaming and console usability. It's built around Steam's Big Picture mode, which is designed for large screens and controller-based interaction. A custom Debian Linux distribution sits behind the whole thing, which means it's capable of web browsing and running programs as well as its gaming raison d'etre. As you'd expect from a Linux-based operating system, it's completely free and totally open-source.

It seemed to be a win-win situation for Valve, too. Even if SteamOS completely failed, its coffers are going to be lined for eternity with the estimated billions Valve makes from the Steam platform alone.

But curiosity got the better of us, and we just had to try out SteamOS for ourselves to see how Valve is shaping the future of gaming.

Next Page Installation and hardware requirements