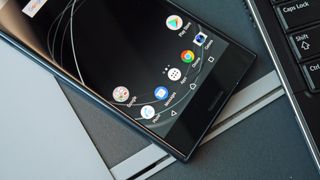 Google's new Pixel 2 and Pixel 2 XL handsets may have been the first to receive the new Android Oreo operating system, but Sony isn't far behind, with the new OS update rolling out now to Xperia XZ Premium handsets.

TechRadar can confirm that the update has rolled out to the Middle East. Ausdroid reports that the rollout is also under way across Hong Kong, Taiwan and Africa, with other markets set to follow in the not-too-distant future.

Thanks to the Oreo update, the Xperia XZ will receive a number of new features, including Sony's new 3D scanning application which will allow users to take three-dimensional scans of faces and objects that can be sent to a 3D printer or uploaded to social media.

Sony has also worked closely with Google in the development of a new LDAC codec that will see Android Oreo bring improved audio quality over Bluetooth.

To find out when the latest OS update will be coming to your phone, keep an eye on our Android Oreo release date, compatibility and features hub.