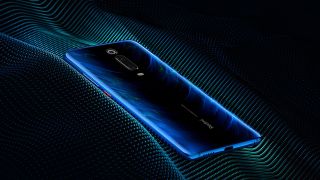 On the cusp of its Indian launch, Xiaomi has revealed that the Redmi K20 Pro has received the highest score on AnTuTu benchmarks. The Redmi K20 Pro dethrones OnePlus 7 Pro with a score of 388,803 and takes the numero uno position in the AnTuTu listing.

All rise for #RedmiK20Pro - the World's Fastest smartphone! Breaking barriers is a habit. And it all starts today. pic.twitter.com/pycF1DGbTYJune 17, 2019

Xiaomi has been teasing the launch of the Redmi K20 Pro in India from a while now, and as a result, has been generating a lot of hype. The AnTuTu score is just more fuel for Xiaomi as its highlight that the Redmi K20 Pro is the world's fastest phone. While the term fast is relative, it's been used rather obscurely when it comes to smartphones.

Now, the Redmi K20 Pro sure does have the highest score on AnTuTu listing, it doesn't necessarily translate into a faster phone. Xiaomi has been able to reap out more from the Snapdragon 855 chipset inside because the same chipset power's their flagship phone, the Mi 9 which was on the second spot (now third) on the AnTuTu listing.

Having said that, it would be interesting to see the impact of the score in real-life usage. The OnePlus 7 Pro is arguably the fastest smartphone in the world and there are a lot of things in play that makes up for a fluid experience. Sadly though, Xiaomi's phones haven't excelled in that domain courtesy of MIUI. But if the company has finally made its interface slicker than before or added some tweaks to make the whole experience smooth, it would definitely be a welcome change. But we'll reserve our judgment till then.

For now, maybe not the fastest smartphone in the world yet, but definitely the most powerful.