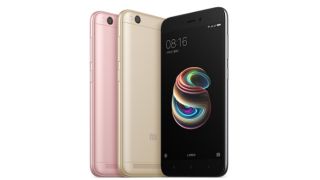 Continuing the super affordable Redmi 4A, Xiaomi Redmi 5A is launched today in China. Featuring a 5-inch display and a Qualcomm Snapdragon 425 processor, the new Redmi 5A brings some good features at a very low price. While it features minor changes when compared to the Redmi 4A, Xiaomi has retained the price at just CNY 600, making it one of the cheapest entry-level Android phones out there.

Metal unibody design in the entry-level

One of the major changes with the Redmi 5A is the metallic unibody design, which is an excellent proposition in this price range. The Redmi 4A, while launched at the same price a few months ago, featured a plastic build.

More of the same, but still great value for money

Other than the metallic unibody design, the Xiaomi Redmi 5A doesn’t feature any major new features or upgrades. Even so, the phone offers excellent value for money – it comes with a 5-inch HD resolution IPS LCD display and runs on MIUI 9 based on Android 7.1 Nougat out of the box.

Powering the Redmi 5A is a quad-core Qualcomm Snapdragon 425 processor which is coupled with 2GB RAM and 16GB storage. There’s an option to expand the internal storage up to 256GB using a microSD card in the second SIM slot.

On the back, the Redmi 5A features the same 13MP f/2.2 camera with an LED flash and support for 1080p recording. On the front, though, it comes with an improved 5MP f/2.0 camera, so users can expect better selfies and video calling experience.

Other features of the Redmi 5A include dual SIM, 4G LTE, Wi-Fi, Bluetooth, FM Radio and Infrared port. The phone is backed by a slightly smaller 3000mAh battery, while the Redmi 4A featured a bigger 3120mAh battery.

Xiaomi Redmi 5A Price and Availability

Xiaomi Redmi 5A has been priced at CNY 600, which roughly translates to $91, making it an extremely good option in the entry-level segment. It will be initially sold in China, with wider availability details to be revealed in the coming weeks. Pre-orders for the phone start today, with the phone being sold on Xiaomi Mall and other online partners like Lynx, JD.com and more.