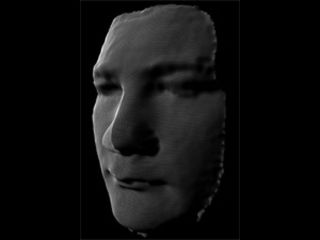 Don't look so happy, the computer can see your willy

Scientists at a Rhode Island university have given computers the power to digitally disrobe people without their knowledge.

Brown University researchers have developed a program that can accurately map your body's shape from just a digital photo or video clip.

The new 3D body-shape model can determine a person's gender and calculate an individual's waist size, chest size, height, weight and the mysteriously vague "other features".

Michael Black, a professor of computer science, created the computerised body model from studying 2,400 detailed laser range scans of men and women "in minimal clothing". Not bad for a day job.

A team of sweaty-palmed researchers found that by combining this swimsuit data from a person in multiple poses, the computer was able to infer the gender of the person and create a realistic three-dimensional body shape.

"As I move, my clothes become loose or tight on different parts of my body," Black said, probably while running his hands up and down his body in a suggestive manner. "Each pose gives different constraints on the underlying body shape, so while a person's pose may change, their true shape remains the same."

Black suggests possible uses for his technology - forensic examination of CCTV footage, creating personal avatars for Guitar Hero, buying custom garments online, motion capture for Hollywood and injury prevention for athletes - remarkably without even once mentioning the possibility of perving on your neighbours.

You can see some rather disturbing computer imagery of the project at www.cs.brown.edu/ alb/scapeClothing/.

The final bizarre angle to this story is that the Brown University research was funded in part by US Office of Naval Research. Surely if an admiral needs to know what his sailors look like without their clothes on, he can just watch a Village People video...