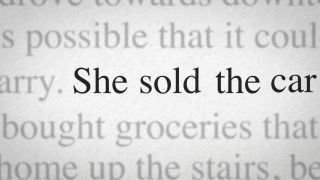 Facebook calls it DeepText, and what makes it so powerful is that it can analyze context of "several thousand posts per second" in over 20 different languages.

Understanding context has been a challenge for artificial intelligence, but Facebook thinks it's cracked it. Instead of assigning words to specific integers, DeepText uses "word embeddings," a mathematical concept that preserves semantic relationships among words. What this means is that DeepText will understand "bro" is short for "brother", and other slang.

This approach also allows DeepText to understand context better. For example, if someone says "I like blackberry," DeepText will look at the context of the conversation and understand whether a person's referring to the fruit or the device.

Rise of the AI

Facebook isn't the only company that's heavily invested in artificial intelligence. Google recently announced its upcoming Allo messaging app, which leverages the company's powerful AI to suggest replies and to analyze what you're writing and sharing. It's so smart it can tell what breed of dog is in that picture your friend shared with you.

Facebook has a similar idea with its Messenger chatbots, which users can interact with to do simple tasks like ordering a pizza or finding news. They're not very good at the moment but Facebook DeepText should help them get a lot smarter.

Imagine chatting with a friend and mentioning that you need a ride. Facebook DeepText automatically recognizes that you need a lift somewhere and will offer to order an Uber for you. It'll even recognize when you're selling something on Facebook and offer to make a sale posting for you.

Facebook DeepText is already being tested on some Facebook products like Messenger. Expect to see Facebook's apps and services get a lot smarter in the near future.