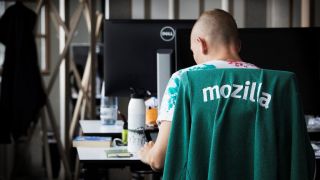 Mozilla CEO Chris Beard recently announced that a premium version of Firefox is in the works, and expected to launch in October this year. The non-profit organization hasn’t announced which features this new option will include or how much it will cost, but judging by its previous forays into subscription services (including a deal with ProtonVPN), it seems likely that the additional tools will be centered on privacy and security.

The free Firefox will continue as normal, without being stripped of any of its current privacy features. However, the announcement started a conversation, which heated up when Facebook announced plans to start paying users for their data in “rewards-based market research programs”.

If you sign up for the program, known as Facebook Study, the company will monitor all the apps installed on your phone, how long you’re using them for, what you’re doing with them, and where you’re doing it. That’s an awful lot of information, but the proposition could be very tempting if you’re struggling to make ends meet.

Firefox and Facebook’s plans are very different, but lead to the same question: are we at risk of creating a two-tier internet where freedom comes at a price?

You could argue that a two-tier internet already exists, with true privacy out of reach if you lack the experience, time and money. Essential tools like email, for example, are only available ‘free’ because of the income earned through building up a picture of you that can be used to target you with tailor-made advertising.

Want to stop that happening? There's no shortage of free VPNs, which allow you to cover some of your tracks online, but they all have significant drawbacks, limiting the number of devices you can protect, providing slow connections, and setting restrictive data caps.

For true freedom from tracking, you’ll need a paid VPN subscription. These might seem inexpensive, starting at under $10 a month, but that soon adds up, and the lowest monthly prices typically mean tying yourself to a contract for at least a year.

Unless you use open source tools to build your own VPN (which again carries material expense) and run your own email server, you’ll never have full control. Are things moving even further in that direction?

TechRadar spoke to Mitchell Baker, chairwoman of Mozilla, about the organization’s plans for a subscription version of Firefox and its potential to create a two-tier internet.

“I’d say we need a fair amount of experimentation if that is possible,” she says. “We have this business model for the internet right now, which is that it’s free of charge and the payment is advertising – which may be fine, lots of things work that way – but that advertising is supported by this surveillance, tracking and manipulation system.”

“For many years, our way of engaging with you was anonymity,” she says. “We were very proud that we didn’t engage with you. And in the early days of the browser where it was the tool for seeing the internet – in the early days that made sense.

“And then over time it became clear that different experiences were possible – some of them quite good, that you might like – that were tuned to you. And we were really slow at that. And so developing a different relationship with consumers is the core of the change.”

In other words, Baker doesn’t see the introduction of subscription services as merely a way of paying the bills; it’s also a way of forming a connection – a sense of shared values, including the importance of privacy.

Rather than being quietly anonymous, since the launch of Firefox Quantum in 2017, Mozilla has been much more vocal about its stance on privacy. Its traveling Glass Room exhibition took the fight to the likes of Facebook, LinkedIn and Amazon with displays including a person reading out the terms and conditions for the Kindle service over the course of eight hours, and a thick directory full of leaked LinkedIn logins.

The organization has also actively promoted its manifesto, the fourth principle of which is: "Individuals’ security and privacy on the Internet are fundamental and must not be treated as optional."

“The subscriptions piece is the end of a path," says Baker, "and I think it captures attention because it involves money, but the core of the change is to say that there are many experiences that we as consumers and citizens want that are based on a relationship, and hopefully one of trust – that’s harder to find these days, indeed.

"The fundamental change at Mozilla is to really focus more on what is the relationship, and that yet, we have one with you – or Firefox has a relationship with you, and you (we hope) will choose to have one back, beyond anonymity."

By signing up for Mozilla’s subscription service, you would therefore be showing your active support for the browser, and letting it be an advocate for you  –  and others. We'll see in October whether this turns out to be the case.