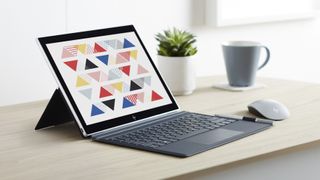 Windows on ARM, a version of Windows 10 that can run on laptops running smartphone-like hardware, has just received a big boost, as the software now supports 64-bit ARM (ARM64) apps.

This means developers can recompile their existing Windows applications that run standard Windows 10 computers, to run natively on Windows on ARM.

Costing an ARM and a leg

Windows on ARM devices have plenty of potential, as the ARM hardware allows for longer battery lives and instant-on boot times, much like modern smartphones.

However, current Windows on ARM devices have been criticised for being expensive, and for having poor performance compared to traditional laptops of the same price.

Still, it’s a step in the right direction from Microsoft if it wants to make Windows on ARM a more enticing proposition for developers and consumers alike.